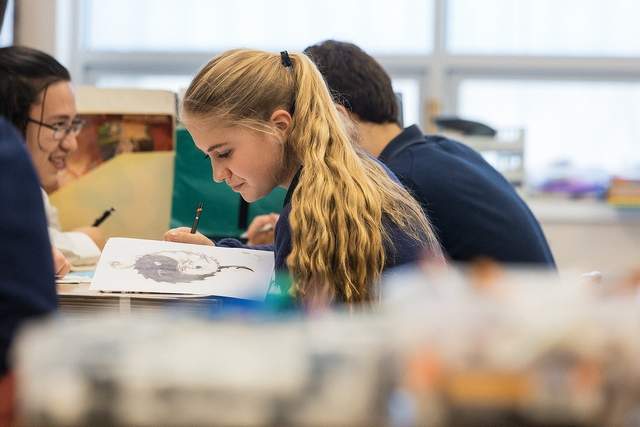 One of the nation’s top-performing high schools, Coeur d’Alene Charter Academy was once again not recognized in the U.S. News and World Report’s rankings of the top high schools in Idaho. The school had previously appeared on the list as one of the top 50 in the country, but has not appeared in the rankings in recent years. That prompted school officials and leaders with the state’s charter school network to hire a lawyer for further investigation.

“It’s very frustrating still. It gets more and more frustrating each year it happens,” said principal Dan Nicklay, whose students consistently lead the state in test scores and routinely go on to some of the best universities and colleges in the country. “The data is sitting there, right for the taking, and they just can’t get it from point A to point B.”

U.S. News and World Report began compiling and publishing high school rankings in 2007 with the goal of providing “a clear, unbiased picture of how well public schools serve all of their students in preparing them to demonstrate proficiency in basic skills as well as readiness for college-level work.” According to its website, the media organization works with a nonprofit social science research firm, RTI International, to create a methodology of ranking based on four factors: basic data from the U.S. Department of Education, Advanced Placement test data, International Baccalaureate test data, and each high school’s statewide test results and graduation rates.

“These rankings matter and are high-stakes for high schools,” wrote Terry Ryan, CEO of the Idaho Charter School Network. “Yet, in Idaho some of the state’s most deserving high schools failed to make the U.S. News and World Report rankings because, per emails exchanged with the U.S. News and World Report, the Idaho State Department of Education ‘heavily suppressed state assessment/proficiency data.’”

In a follow-up phone interview with The Press Friday, Ryan described himself as a “big fan” of the work done at Coeur d’Alene Charter Academy. An op-ed piece he penned goes further.

Ryan and an attorney asked Education in 2016 and 2017 how Charter Academy could not make the rankings list of top high schools in Idaho. The response from the state, according to Ryan, was there could be two reasons the school did not appear on the list — a) some schools were not considered because they were too small to be analyzed, and b) U.S. News then factored in the percentages of economically disadvantaged students enrolled.

Neither of those explanations sat right with Ryan, who wrote he learned “the real reason” Coeur d’Alene Charter Academy was not included when he contacted a data analyst at U.S. News.

“The Idaho State Department of Education had inexplicably suppressed its state assessment/proficiency data,” Ryan wrote. “We believe this suppression of data for top performing high schools is unintentional, and hope the state wants to get this right.”

Other Idaho charter and district high schools, Ryan added, may have also been omitted because of the data suppression.

For a charter school, and one that is performing at the highest levels of academic achievement in the state, Nicklay said the snub has real consequences. Unlike its traditional counterparts in public school districts, the Coeur d’Alene Charter Academy has to recruit and attract students.

“We’ve had a guy move here from New York a couple of years ago with his family just because he heard about the school,” Nicklay added. “If we don’t look like anything special, by way of these national rankings, then we’re not going to attract those people anymore.”

The state, according to Nicklay, should also have a vested interest in ensuring the data gets to U.S. News because the academy’s high educational achievement makes the state as a whole look better.

Ryan told The Press he met Idaho education officials earlier in the week, and they assured him they would be working toward finding a solution.

“They’re committed to figuring this thing out,” Ryan said. “But it’s still weird to us and we’re trying to understand what happened.”

“I’m hopeful,” Nicklay said when asked if he thought the issue would be resolved before next year’s publication. “But it’s not fair to say that I am confident.”