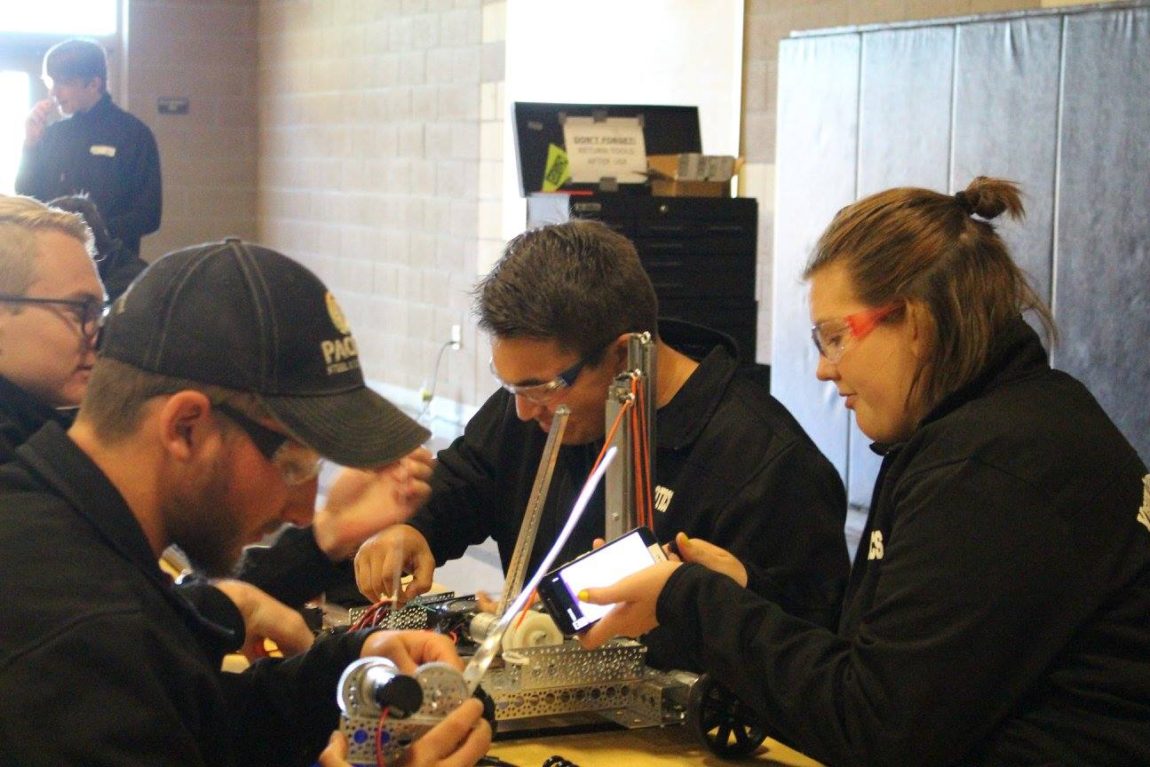 Vision Charter School’s FIRST Tech Challenge teams, 2997 STEM Legacy and 13003 BotRod Robotics, competed February 17th at the FIRST Idaho State Championship in Moscow, Idaho.  The season, running from September to February, required the teams to build a robot to complete a specific game.  In doing so the students are encouraged to reach out to real-world engineers, partner with local community and use real-world math, engineering and documentation skills to complete the task.  On the day of competition, the teams complete against other robots in qualification matches and have interviews with judges to evaluate their work. 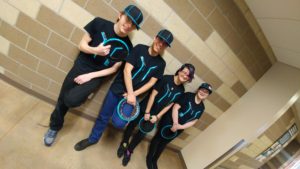 Team 13003 BotRod Robotics was a member of the Final Winning Alliance, a trio of teams that worked together to win the final elimination rounds of the FIRST Idaho State Championship. Team members are Makenna Doramus, James Riebe, Alex Harrold and Luke Campbell. 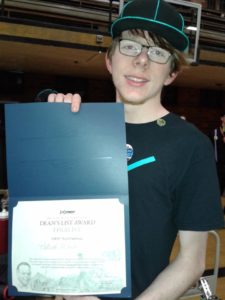 In an effort to recognize the leadership and dedication of the most outstanding FIRST Tech Challenge students, the Kamen family sponsors an award for selected top students known as the FIRST Dean’s List. Since its introduction in 2010, this award has attracted the attention of prestigious colleges and universities who desire to recruit students who have received this award. Similar to the very prestigious National Merit Scholarship Award, there are three levels for advancement.

Patrick is a Finalist representing Idaho and will be moving on to the next level of competition at the FIRST World Championship in Houston, Texas.

Students selected for the FIRST Dean’s List have “demonstrated leadership and commitment to the ideals of FIRST, interest in and passion for a long term commitment to FIRST and its ideals, overall individual contribution to their team, technical expertise and passion, entrepreneurship and creativity, the ability to motivate and lead fellow team members; and the ability to effectively increase awareness of FIRST in their school and community.

Congratulations to all of these exceptional students!